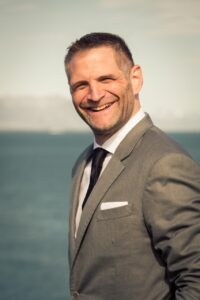 Jason graduated third in his class at the University of Kansas School of Law. While in law school,

he was an articles editor and wrote for the Kansas Law Review. He also participated in multiple moot court competitions.

After law school, Jason immediately went to work for an AmLaw 100 firm as an associate in the tort section. He eventually became partner, after having developed significant experience in the fields of business litigation and products liability.

He has tried multiple cases to verdict and has litigated hundreds of cases in federal and state courts across the United States. He also extensive appellate experience, recently arguing appeals before the Ninth and Eleventh Circuits. His decades of sophisticated practice on behalf of corporate clients enables him to assist his clients in successfully navigating the world of high stakes litigation.

Reflecting his commitment to justice and the responsibilities of the legal profession, Jason has logged hundreds of hours on behalf of pro bono clients. He also has a tremendous passion for teaching. He has had the opportunity to teach undergraduate students in constitutional and business law.

Before becoming an attorney, Jason was commissioned as an officer in the United States Army, after having attended Mercer University on a four-year ROTC scholarship. In 1996, he was a platoon leader and deployed with the Army’s First Armored Division in support of Operation Joint Endeavor in Bosnia-Herzegovina.

Jason also enjoys travel and the outdoors. Some of his adventures include trekking to Everest Base Camp, summiting Mount Kilimanjaro, and climbing Yosemite’s Half Dome. More recently, he has focused on exposing his two children to camping and hiking in our national parks.

United States District Court for the District of Colorado

United States District Court for the District of Nebraska

United States District Court for the District of Kansas

United States District Court for the Southern District of Texas

U.S. Court of Appeals for the Eighth, Ninth, Tenth, and Eleventh Circuits