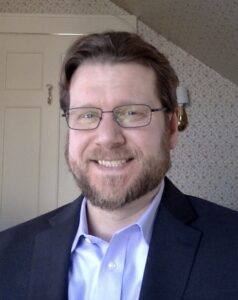 Lucas Stelling is a patent attorney in the Henderson, Nevada office of Bayramoglu Law Offices

LLC. Lucas is registered to practice in patent cases before the USPTO and is a member of the state bars of New York and New Jersey.

Before accepting a position at Bayramoglu Law Offices, Lucas served as a patent examiner at the USPTO in Alexandria, VA for 14 years including over 8 years as a primary examiner. Lucas was assigned to Technology Center 1700, and he granted over 600 patents related to chemical treatment of liquids, liquid filtration, environmental remediation, drinking water purification, chromatography, catalytic oxidation, and chemical reactor design. While an examiner, Lucas also served on three career development details: as a training assistant in the Patent Training Academy, as a detailee to the Teaching Quality Assurance Specialist (TQAS) group for Technology Center 1700, and as a Technology Center Trainer of assistant examiners in division 1780.